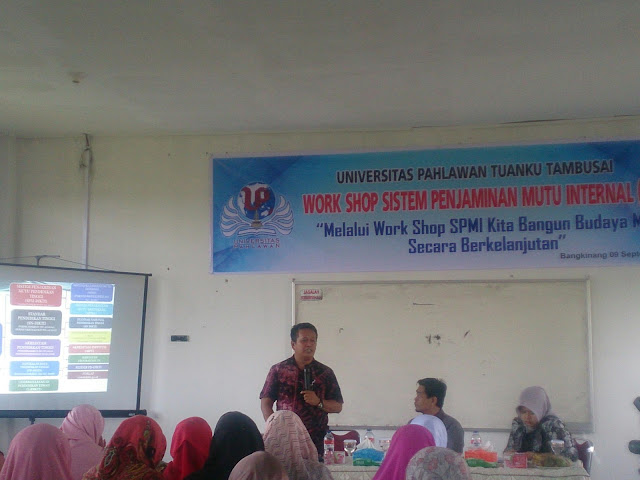 This research is a classroom  action research which aims to explain whether movies can improve the students’ speaking skill at the third semester of Early Childhood Education Department of STKIP Pahlawan  Tuanku Tambusai Riau. Wallace (1998: 6) states that an action research is the area for developing and improving of the teachers’ ability in teaching their students. It  intends  to  improve  the  students’  and  the  teacher’s  ability.  Similarly,  Kemmis and Taggart (1988:5) assert that action research is a research which provides the solution and investigation of the problem in education. The terms of classroom action research describes the important characteristics of this research, such as; to use an idea in increasing knowledge or improve curriculum, teaching and learning process. The classroom action research  provides  some solutions in the classroom toward the  problems that have been faced by the students speaking English at at the third semester in Early Childhood Education department of STKIP Pahlawan Tuanku Tambusai Riau.

This research was a classroom action research which was done at the third semester  of  Early  Childhood  Education o f STKIP Pahlawan Tuanku Tambusai Riau. It consists of two different kinds of data analysis namely quantitative and qualitative. The quantitative data is collected through tasks and tests; meanwhile the qualitative data is gotten by observation sheets, field notes and interview. This research was started on 5 April 2015– Mei 2016. It consists of two cycles which consist of four meetings in each cycle. Three meetings were conducted for doing the task and the other was used for test.
Before conducting the study, the researcher got the students’ speaking skill before using movies. Based on the data,  the students’ speaking skill before using movies in speaking class was low, it could be  seen  that  the  mean  score  of listening
comprehension was 60. There were only 9 students got score >70.

Speaking Skill by Using Movies
a.     The First Cycle
The first cycle was conducted on  8
– 29 September 2015. This cycle consisted of four meetings, and every meeting was conducted with the collaborator. There were four stages in conducting classroom action  research and they were described in this  following explanation:

The first cycle was conducted in four meetings. The meetings were three meeting for treatments and one meeting for test. The time allocation for each meeting was 50 minutes (2 x
50 minutes). The teaching and learning process was done based on the lesson plan that had  been prepared in the planning phase. After completing all of the meetings in this cycle, the researcher gave speaking test to the students.
There were three kinds of the story that had in the test. The  story are “Bird Story, Sleeping Beauty, Story of Thumbelina, and True Friend. Based on the test, the mean score in cycle 1 is 66.3, it was categorized into low. For further descriptions,  the                 researcher             also included average of speaking skill in each             meeting. The              score   are presented in the following graph: Graph 1. The Students’  average score in cycle 1

At this session, the collaborator took a note on the observation sheets and wrote important information in the field note based on the situation  in the classroom. She sat at the back of the students and saw the classroom activities. She noted everything that found during teaching and learning activities, such as the  media, material, classroom activities, classroom management, teacher’s strategy and teacher approach. The result of the observation in cycle one as follow:
In observation sheets and field notes, the collaborator took notes. It showed that the material  was  not only narrative. The students also learnt vocabularies; time words, action verbs, and noun groups. They discussed the vocabularies by guessing the meaning of those words together before watching the movies in teaching speaking skill. But the teacher did not teach any grammar in the class. The teacher used movies entitled Bird Story, Sleeping  Beauty,
Story of Thumbelina, and True Friend.
The observation sheets also explained some factors why the application of movies in teaching speaking by using movies did not run well. The teacher’s control also needed in order to achieve the purpose during the teaching and learning process. During the collaborator’s observation,  the teacher had done the activities based on the lesson plan as well. The students focused when watching the movies because while watching the movies, they completed the  sentences. But not all activities gave benefit to the students. After watching the movies, the teacher asked the students to give their opinion. Some students did not join this activity and the class seemed to be crowded, they did not pay  attention with their friend’s opinion. Shortly, the teacher could  not manage the class well after watching the movie.
The application of movies in the fourth meeting helped the students focusing in learning English by using movies. But based on the observation that was done by the collaborator, the teacher got difficulty when controlling the class. The class was crowded when the teacher asked the students to give opinion and comment. It was proved that there were some students gave opinion and no student gave comment. Some students made noisy when their  friend gave opinion.

In cycle 1, using movies gave contribution in improving  the students speaking skill. The improvement was not successful because it didn’t pass the standard minimum score. The progress of the improvement was seen clearly through the students score from the result of the tasks and test. Then, observation sheet, field notes, and interview could explain why there was an improvement.
Graph 2: The comparison of the students’ average on pre research and cycle 1.

c) The researcher gave more vocabularies to help the students in understanding the story easily.

Based on the reflection in the cycle 1, there were still found some problems related to the students’ speaking skill. Those problems had to be solved, so that, the second cycle had to be continued in the following reasons; the first reason was the improvement that the teacher got in the first cycle was not satisfied yet.

Based on the graph above, it could be concluded the students’ speaking is still low. In this case, there was an improvement of the students score comparing with  the pre research. There were some notes that considered by the researcher in using movies in teaching English at the third semester of Early Childhood Education Department of STKIP Pahlawan Tuanku Tambusai Riau. There were few students got good score. The class average score did  not achieve the standard minimum of achievement.
Based on the observation, the teacher taught the students based on the lesson plan. However,  the material was still difficult for the students. In addition, based on the interview, the students were not accustomed to listen to English conversation. It was difficult for  them because the people in the movie speak fast. There were some improvements needed to be done by the researcher at first cycle. Therefore, some  improvement applied in the cycle II. The results of the reflection in the first cycle that was implemented at the second cycle are in the following:
a)      The researcher changed the classroom activity; in the first cycle, the students gave their opinion and comment in the discussion, but in the next cycle, each student got opportunity to answer the questions in exercise 2 and discussed it together.
b)      The researcher taught simple past tense in the class to help them in expressing the sentences.
To solve the students’ problems which were found in the first cycle, the planning was set up again in order to get the speaking skill which could reach the minimum criteria of achievement. The researcher prepared some new movies entitle dog and the cook, the little mermaid, the tortoise and the eagle, Cinderella, Goldilocks and the three bears, The researcher revised the lessons plan for the cycle 2, the researcher revised the learning activities in cycle 2. There were four meetings included test. The researcher gave different movie that was learned by the students in the second cycle. Then, the researcher gave  speaking test at the end of the second cycle.

The second cycle was conducted on
13 October - 3 November 2015. The reseacher was teaching in classroom by using movies. The teaching and learning process was done based on the lesson plan that had been prepared in the planning step. On this action, the collaborator came to the class and did observation for each meeting. She observed and noted everything she found during teaching and learning activities  by using movies. Based on the data, the researcherdescribed the average score on each meeting. The score are presented in the following graph:
Graph  3:   The   comparison   of the
students’ average on each meeting of  cycle 2

students’ average on cycle 2, cycle 1,  and pre research.
After analyzing the data which was taken from the test on the second cycle, it shows that the students’ speaking skill got improvement. It was 71.4. The result of the test has passed the standard minimum score. As mentioned before, the minimum standard subject for English is 70. In sum, the use of movies as media could improve the students’ speaking skill at at the third semester of Early Childhood Education Department of STKIP Pahlawan Tuanku Tambusai Riau.

In this stage, the researcher looked back to the instruments; the result of tasks and tests, observation sheets, field notes and  interviews. The development of the students’ speaking skill at the second cycle indicated that the movies as media in teaching English gave contribution to improve their speaking skill. The average score was 71.4 in cycle 2. The improvement was significant. So the result of the observation sheet, field notes and interview could explain why there was an improvement of students’ speaking skill.
Besides the activity that had been done by the researcher and the students in this cycle, there were some notes that should be considered by the researcher in using movies as media. The class average score of students speaking skill achieved the standard minimum score. The collaborator observed that the researcher did all activities that had been prepared in the lesson plan. The researcher also attended the students’ activity in the class. The students in using movies in learning English were   active   in   the   second   cycle
because all students got opportunity to watch and discuss the story together which gave the contribution in improving their speaking skill.
In conclusion, using movies could improve the students’ speaking skill. There were some points that could be explained from  using movies in listening class. Firstly, the students were fully motivated to join the activity. In fact, they understood the story from the movies in the  class. Then they can improve their vocabulary. Therefore, they understood the narratives easily and joined the discussion after watching the movies.
Secondly, the students were active and spoke up in the class, and reduced noisy students that might be occurred during the class. Thus, the students were given two activities in one time. Therefore, they paid attention to the story. This activity helped them to express anything in English easily.